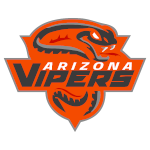 The Vipers franchise has moved to Arizona from Indiana and is now in need of a GM to lead the franchise in a new direction. The Vipers have moved to the FL West from the FL East with the move and have some nice pieces developing in their minor league system. This will be a continued rebuild for the franchise so come and take the reigns to lead the Vipers! https://statsplus.net/afbl/team/6

Welcome to AFBL’s new website. We have a great group of GMs and the league is developing a solid history plus have an ambitious outlook on the league’s future. Thanks for visiting and bare with us as this new homepage progresses! 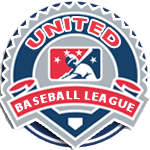 AFBL is proud to announce a partnership with a new Independent League that will begin play this coming 2049 season. The United Baseball League will consist of 12 teams, play 126 game schedule, league will have a 7 reputation, follow AFBL rules mostly. The league will be consist of current AFBL Free Agents and I’ll run a FA Draft to distribute players this week. Players on these teams will still be available for normal FA claims but they’ll be getting playing time and hopefully developing. Logos are in but the team’s jerseys, ballcaps, and such still need work.